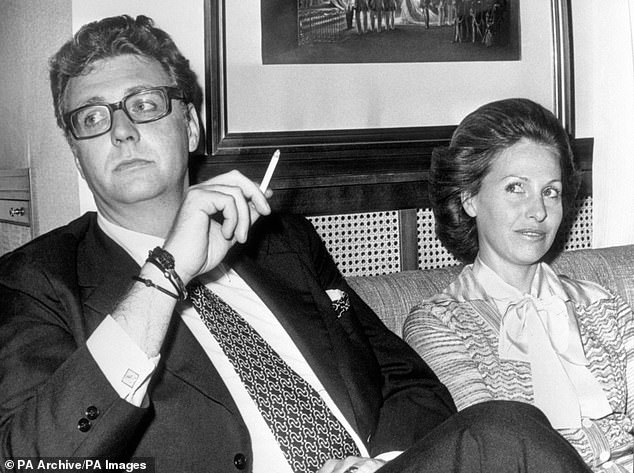 Crown Princess Mary of Denmark may be set to become the first Australian-born queen but a grazier’s daughter from rural New South Wales tried for years to claim that title. 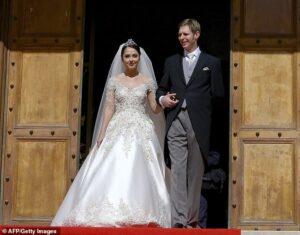 Susan Cullen-Ward is largely forgotten now but for the second half of her life she sought to be recognised as Albanian royalty through her 1975 marriage to that country’s exiled King Leka I.

She claimed to be descended from England’s King Edward I – known as Edward Longshanks – and he was a ninth cousin once removed of Queen Elizabeth II.

But the petite country girl’s marriage to the giant, gun-toting Leka I was never quite the full fairytale romance between a prince and commoner. 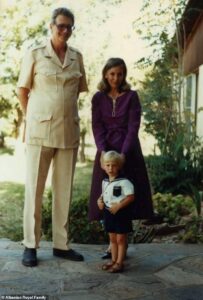 Grazier’s daughter Susan Cullen-Ward is largely forgotten in Australia now but for the second half of her life she sought to be recognised as Albanian royalty through her 1975 marriage to that country’s exiled King Leka I. The ‘royal’ couple is pictured during their engagement
Earlier this month Denmark’s Queen Margrethe made Princess Mary a regent, allowing her to perform duties as head of state when the 79-year-old monarch is otherwise engaged.

Mary, 47, will become Queen of Denmark when 51-year-old Frederik ascends to the throne upon the death or abdication of his mother.

‘Queen’ Susan’s path to royalty would never be as smooth.
Susan Barbara Cullen-Ward was born in Sydney’s Waverley in 1941 and raised near Cumnock, a tiny town of 200 houses 57km north-west of Orange in the central west of New South Wales.

She was the third of five children from a local wheat, wool and cattle clan.

Young Susan helped on her parents Phyllis and Alan’s 2023 hectare property Mani, went to primary school at nearby Baldry and high school at Presbyterian Ladies College (PLC) in Orange.

After graduating, she returned to PLC as an art teacher, studied design at East Sydney Technical College and dabbled in interior decorating as she fell in with the city’s social set.