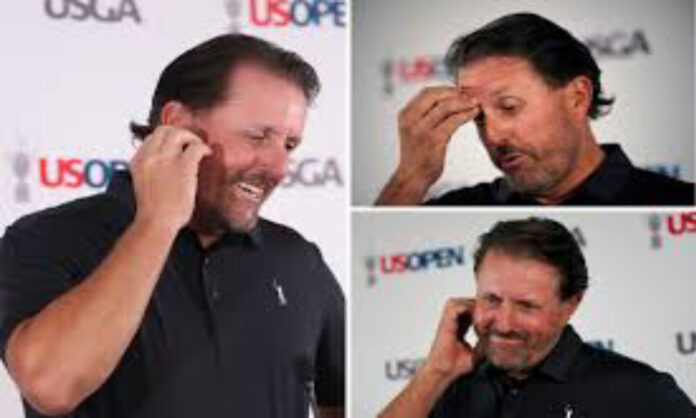 In the context of modern professional golf, it’s tough to think of many phone calls more pivotal than last November’s chat between Phil Mickelson and Alan Shipnuck. In that conversation, Mickelson uttered a two-word phrase about LIV Golf’s Saudi backers — referring to them as “scary m—–f—–s” — that spread across the internet, called LIV’s launch into question and led to Mickelson’s months-long disappearance from the public eye.

On Wednesday, as Phil Mickelson returned to Saudi Arabia for the first time since Shipnuck made those comments public, he was asked about them. Mickelson’s response?

“So I will reiterate, I never did an interview with Alan Shipnuck,” he said
If that makes you go, “Wait, what?” then you’re not alone. For starters, let’s be clear about one thing: Mickelson isn’t actually saying he never talked with Shipnuck, nor even disputing the quotes in question. He acknowledged (and apologized for) saying what Shipnuck quoted him as saying. But Mickelson contends the contents of the call were a private conversation.

Let’s back up 11 months to better understand the circumstances of that phone call, how Shipnuck — who didn’t immediately respond to an interview request for this story — has explained it and what, exactly, Mickelson is claiming happened.

At the time, Shipnuck was in the midst of writing a biography about Mickelson. Mickelson, meanwhile, was evaluating the possibilities of joining — and shaping — LIV Golf. Until November, Mickelson had declined Shipnuck’s multiple requests to be interviewed for the book. But, according to Shipnuck (who is, in the interest of full disclosure, a former writer for GOLF), he finally reached out the Sunday after Thanksgiving, just a week before the book deadline, saying, according to Shipnuck, that “he wanted to discuss media rights and his grievances with the PGA Tour, both of which inevitably lead back to Saudi Arabia.”