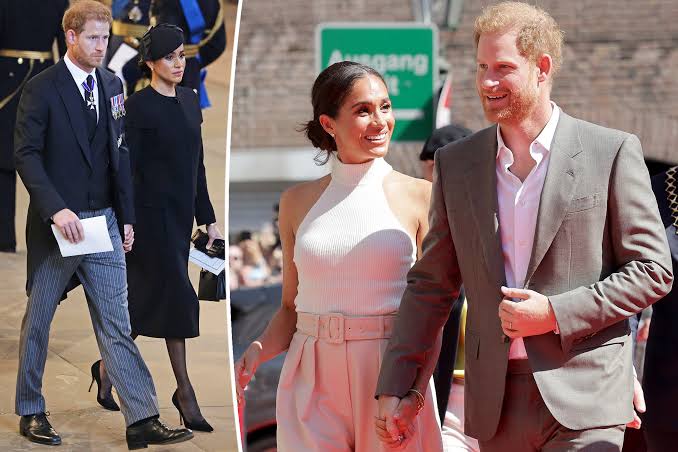 In a video released on Monday, Prince Harry appeared on a virtual call with the winners of this year’s WellChild awards and during the chat, he spoke about his busy household with ‘five children’.

The Duke of Sussex has two children, Archie and Lilibet, with his wife Meghan Markle, but the other kids he was referring to are his adorable pet dogs.
During the call, the Prince said: “I tell you what, we all need a dog that keeps us calm. I’ve got three in this house now. So, we basically have five children.

“I’ve got a black Labrador called Pula, a rescue beagle called Guy. And we got another rescue beagle called Mia. And between the three of them, they charge around chasing squirrels and causing all sorts of problems to us every single day. But they are also emotional, emotional support dogs 100% when they’re behaving.”

In another part of the call, Harry spoke a little more about his kids and what they are up to, the father-of-two said: “Archie is very, very busy and Lili is learning to use her voice which is great.”

It sounds like both children are growing up fast, and from the Duchess’ interview with The Cut, we know that Archie is thriving in school and busy learning his manners.
Will Prince Harry and Meghan Markle have any more children?

While the royal couple haven’t distinctly ruled out having another child, it’s looking unlikely due to their concerns about the environmental impact.

During a chat with Dr. Jane Goodall for Vogue Magazine, the Prince was talking about children, when he said: “Two, maximum! But I’ve always thought: this place is borrowed. And, surely, being as intelligent as we all are, or as evolved as we all are supposed to be, we should be able to leave something better behind for the next generation.”