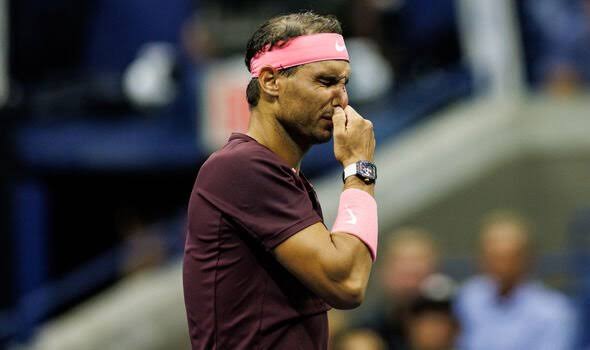 The Spanish tennis player was on his way to victory in the second round of the US Open when the accident occurred Definitely the passage of the Spanish tennis player Rafael Nadal by the US Open 2022 has not been the most pleasant of his career, after overcoming injuries has been able to return to the last Grand Slam of the year for the first time since 2019, however, before the tournament has had to live from afar the hospitalization of his wife, Mery Perello, for complications in pregnancy, and when it seemed that everything was quiet to take the victory against Fabio Fognini in the second round, an unfortunate event happened again. 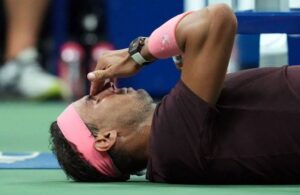 Up two sets to one in the fourth set and with the score 3-0 in favor, Nadal played a point in which he stumbled and the racket hit the hard court of Arthur Ashe Stadium at Flushing Meadows and in the rebound hit his nasal septum, so he threw his work tool and fell to the floor in a clear gesture of pain.

At that moment the same Italian tennis player got scared and asked for medical assistance, while Nadal got up and went to his resting area while his nose was bleeding and it was feared that he would abandon the game.  Nadal was immediately attended to, thebleeding stopped and after a few minutes he was fitted with an elastic band and continued with the actions to the resounding applause of the 23,000 fans who attended to watch his game in the cathedral of tennis in New York.