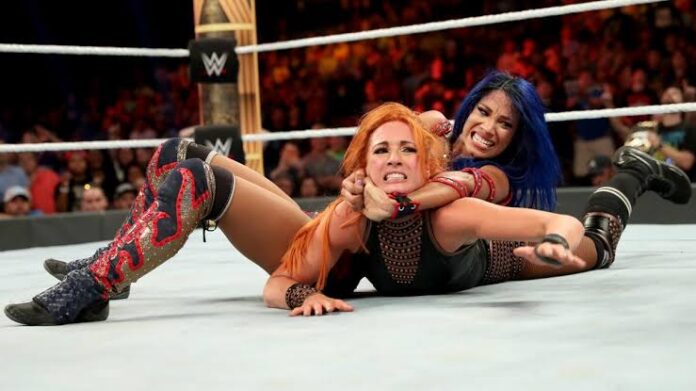 Best known for her role as a treacherous heel, here are five moments Sasha Banks lived up to her reputation, and five where she seemed heroic. Sasha Banks has been one of the best women’s wrestlers in WWE since she signed with the company in 2012. She has provided some of the best matches on WWE programming and always makes fans take notice when she is on their TV.

Throughout her career, she has made her name as being the fan’s biggest hero or the fan’s worst enemy, and on of the most special things about Banks is that she is great in both roles. She has proved she can’t be trusted, providing some of the most treacherous acts seen in the women’s division, and, on the flip side, she has done many heroic acts in the past. 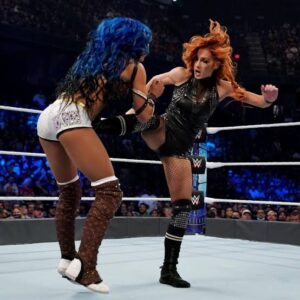 On the February 20th, 2017 edition of Monday Night Raw, Bayley was confronted by Stephanie McMahon, who tried to convince her to relinquish her Raw Women’s Championship after controversially winning the title the week prior.

It seemed like Bayley was about to do it, but then Sasha came out to have her friends back. She stood up to her boss and told Bayley to not listen to the “garbage” Stephanie was saying. Bayley ended up listening to Sasha and not relinquishing the title. On the September 13th, 2013 edition of NXT, Sasha Banks took on NXT Women’s Champion Paige in a hard-fought match. Banks would end up losing the match and became frustrated.

Paige attempted to shake Sasha’s hand after the match as a sign of respect, but Sasha refused and attacked Paige when she turned her back. This was Banks’ first heel turn and ultimately brought fans the version of Banks that she became famous for. 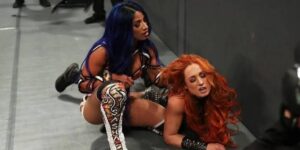