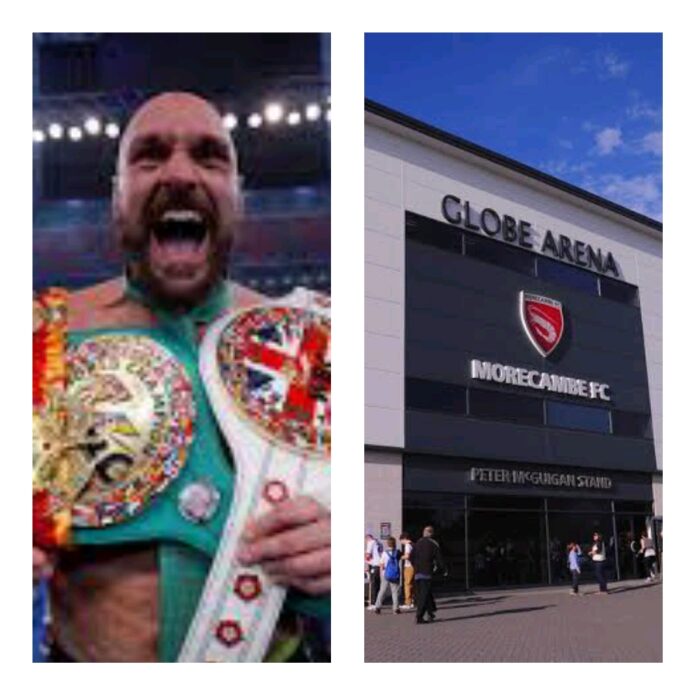 Tyson Fury has once again grabbed the headlines after admitting that he wants to buy League One side Morecambe.

Fury, who holds the WBC belt in the heavyweight boxing division, revealed that he had been offered the chance to buy Morecambe, where he is based.
Despite his statement of intent the undefeated British fighter is a Manchester United fan, having watched them play at Old Trafford, and was born in Manchester before moving into Lancashire to settle in the seaside town. 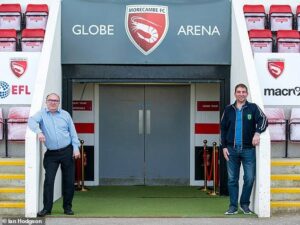 ‘I’m thinking about buying Morecambe Football Club, they’re in League One,’ the heavyweight boxer told talkSPORT.
So I was thinking I invest X amount of millions into them… or basically throw it at them and keep them up, and keep them going up.

‘I’m really thinking about it. I’ve been offered to buy Morecambe football club.’

Morecambe are currently bottom of League One with just eight points from their first 13 games of the season.

They only achieved promotion into the division from League Two after winning the 2021 League Two play-offs, but look set to struggle in their attempts to remain in the division for two seasons in a row.
The Shrimps have scored only 10 goals this campaign – and have the second-worst goal difference in the English third-flight – so, if Fury is to keep them up as he intends, then it will certainly require some investment. 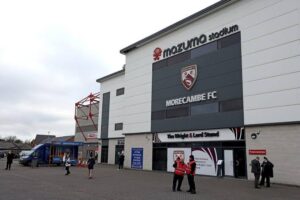 But the Gypsy King also admitted he that he has already invested money into the club’s infrastructure in the past.

‘You might be looking at a football club owner!’

Fury had his return to the ring confirmed as he prepares to face fellow Brit Derek Chisora at the Tottenham Hotspur Stadium in December, after highly-anticipated plans to face Anthony Joshua did not materialise in a bout.