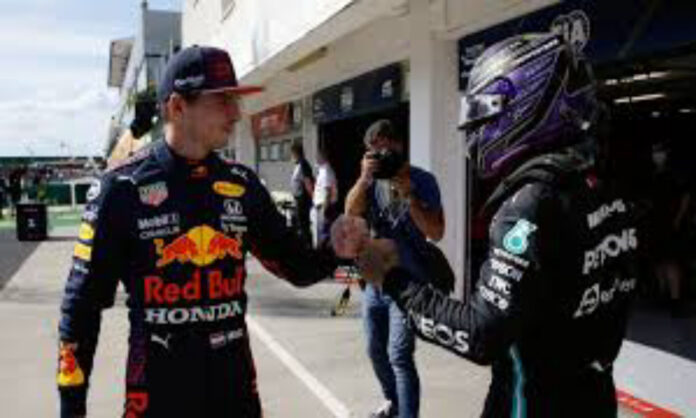 Lewis Hamilton and Max Verstappen addressed their on-track battle in the cool-down room after the race.

Lewis Hamilton appeared to tell Max Verstappen off for making a late move to take the lead of the United States Grand Prix in the post-race cool-down room. The Mercedes star made the comment as the pair watched back their epic battle on a TV screen while waiting to stand on the podium.

Hamilton and Verstappen enjoyed an epic battle for victory in the closing stages with the seven-time champion unable to hold on. Verstappen used DRS to his advantage to get a run on the Briton before diving past on the back straight.

However, Hamilton appeared annoyed at the move, telling Verstappen that he “came from so far back”. Verstappen was seen explaining his move to Hamilton but his reply was inaudible.

Hamilton then added that Mercedes couldn’t stay with the Red Bulls on the straights. Mercedes were handed a chance to battle for their first win of the season after Verstappen suffered a poor second pit stop.